Ensuring that the team was being provided equal opportunities and access to perks was extremely important to Scalero when it came to choosing a Perk Platform. PerkUp has given them the peace of mind to know that everyone on the team is getting the same experience. 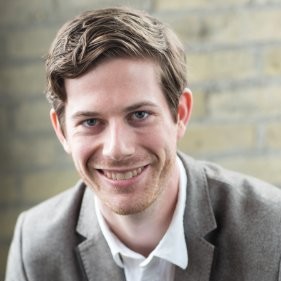 —
Will Pearson
,
Co-founder
at
Scalero

Empowering the Scalero Team to ask for Perks

Like most of us, Scalero co-founder, Will Pearson, and his team couldn’t believe how quickly 2020 had flown by, even if most of the year had been spent working from home. When he was approached by a team member in late November to talk about additional support to get through the pandemic, they both couldn’t believe just how long everyone had been away from each other. Will wanted to offer his team resources and perks to support their mental and physical health in a way that was meaningful to them on an individual level.

It was shortly after this conversation that he discovered PerkUp and was excited about the ability to offer his team a platform that put them in the driver's seat. One of his goals was to ensure the team didn’t feel like a standardized perk program was being forced on them. The freedom for individuals to choose their own perks within PerkUp allowed him to provide a hands off, easy and approachable resource for his team to enhance their lives outside the office.

Scalero has offices in San Francisco and Mexico City, which is where their teams currently operate both in person and remotely. As they begin to adjust to a hybrid work model and have team members return to the office, it was important for them to have a tool that could be used by everyone, regardless of where they lived.

Ensuring that the team was being provided equal opportunities and access to perks was extremely important to Scalero when it came to choosing a Perk Platform. PerkUp has given them the peace of mind to know that everyone on the team is getting the same experience. They have even created their own automated Slack reminder that alerts the team before the end of the month to spend their budget! They know the importance of making health and wellness a regular investment and their creativity in communicating this reinforces that.

The team at Scalero is passionate about learning, both personally and professionally by enhancing their existing skills and developing new ones. One of the things PerkUp has allowed them to do is encourage knowledge sharing by providing them access to resources like Coursera and Duolingo. Having access to a variety of learning and development platforms has given their team the flexibility to learn in a way that suits their unique interests and goals. The team has even taken the opportunity to learn new languages to build better relationships with both their customers and culturally diverse colleagues, how cool!

As the team begins their transition to a hybrid work model, they have no plans of slowing down. The team is growing and actively looking for awesome people to join both their San Francisco and Mexico City offices. With PerkUp along for the ride, they are well suited to position themselves as an employer that deeply cares about the wellbeing of their team.

Thanks! We'll be in touch soon.
Oops! Something went wrong.

Get started for free

No credit card required or waiting for access. Just create a program and invite the team to try it out.

Talk with our sales team

Want to see PerkUp in action? Schedule a demo to receive a custom tour led by one of our product experts.